Kennedy Lake is a wild and beautiful West coast lake, and the largest of Vancouver Island’s many lakes. One can easily spend and entire week exploring this amazing lake’s rich and varied shoreline using either canoe or kayak. Three different parks boarder the lake, Kennedy Lake Provincial Park, Clayoquot Arm Provincial Park, and Pacific Rim National Park. Two more lie close by, Clayoquot Plateau Provincial Park and Kennedy River Bog Provincial Park. Kennedy Lake, like so many of our westcoast Island lakes, is known for high winds, so it’s best to get out on the water early in the day and plan on a leisurely wind-bound afternoon.

Kennedy Lake is named after Sir Arthur Kennedy, the last governor of the Colony of Vancouver Island, and is part of the ancestral lands of the Tla-o-qui-aht First Nations. Formed chiefly by the confluence of the Clayoquot and Kennedy Rivers Kennedy Lake flows out into the Tofino Inlet via a short stretch of the Kennedy River. The lake is important spawning habitat for a variety of salmon species, including sockeye, and trout.

Direction: From Highway #19, just North of Parksville, take Exit 60 (signs for Port Alberni and Pacific Rim Park) onto Highway 4 (The Pacific Rim Highway), heading West. You will drive through spectacular Cathedral Grove, and historic Port Alberni. When you reach Port Alberni, drive straight downhill and turn right at the junction (follow the signs for Pacific Rim Park), follow the winding road (~80 km) around Sproat Lake to Kennedy Lake on your right (North). There are several boat launches, beaches and recreation sites on Kennedy Lake.

All Photos curtousy of Todd Laplante

All Photos curtousy of Todd Laplante

Buttle Lake - Strathcona I arrived at Buttle Lake just after noon on the Tuesday. 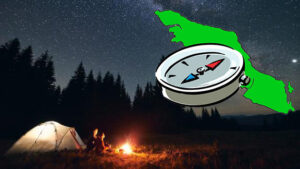